Request for Proposals for Sealed Bids to break down, move and set up Modular Building in a new location.  Sealed bids for moving a Modular Head Start Building will be received by Southeastern Community Action Partnership, Inc. 405 N. Elm St., Lumberton, N.C. 28358 (PO Box 1025) on or before July 25, 2022, at 10:00… 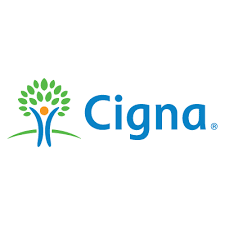 Cigna’s Regulatory Requirements This link leads to the machine-readable files (MRFs) that are made available in response to the federal Transparency in Coverage Rule and includes negotiated service rates and out-of-network allowed amounts between health plans and healthcare providers. The machine-readable files are formatted to allow researchers, regulators, and application developers to access and analyze… May 2 – 6 is Teacher Appreciation Week and we are so excited to celebrate you! After two-plus years of educating from home, hybrid learning, and disruptions due to the pandemic, I am immensely grateful to each of you for your dedication to our children. As we are turning the curve and approaching normalcy again,… Southeastern Community Action Partnership is dedicated to uplifting families and individuals. We are grateful to offer programs and funding that support our communities in their greatest time of need.  While our programs have an application process that is required due to the income guidelines and program eligibility, we support ALL applicants in completing the required… Notice is hereby given that Public Meetings will be held on: Virtual: January 4, 2022, at 12:00 p.m. via SCAP, inc Facebook page Notice to apply for Community Services Block Grant Fiscal Year 2022-2023, for SCAP’s Family Empowerment Self Sufficiency program. The public in the counties we serve – Bladen, Brunswick, Columbus, Hoke, Pender, Robeson,… LETTER FROM THE CHIEF EXECUTIVE OFFICER: THE BIG POP UP

First, I’d like to thank the amazing team at Southeastern Community Action Partnership who worked tirelessly day and night for months to help pull this event together. Additionally, I’d like to thank our wonderful community partners and sponsors who donated financially or provided goods and supplies for the local community. And last, but certainly not… Southeastern Community Action Partnership to host The Big Pop Up

Southeastern Community Action Partnership to host public drive-through distribution event  The Big Pop UpTM to serve up to 2,000 families LUMBERTON, NC (Oct. 20, 2021)—Families from the southeastern region of North Carolina can receive some relief from the economic impact of the pandemic in the form of packaged food, household supplies, and essential items at…

Dr. Whitaker is the recipient of the Carl D. Perkins Humanitarian Award by the Southeastern Association of Community Action Agencies (SEACAA) for her overall community leadership, specifically for bringing resources to the counties she serves after the effects of Hurricane Matthew. Dr. Whitaker is also the recipient of the Roselle Copeland Stewardship Award for her work in community action and has received other leadership awards for her servitude in various communities.

Whitaker previously held management positions with several nonprofit trade associations in Washington, D.C., including the National Association of Student Financial Aid Administrators (NASFAA) and the American College of Obstetrics and Gynecologists (ACOG). She was a former full-time Executive in Residence, Professor at the University of North Carolina at Pembroke School of Business and often teaches as an adjunct instructor. Dr. Whitaker serves on the Board of Directors for CAPLAW which provides legal and financial resources to Community Action Agencies, the North Carolina Community Action Association, and the Fayetteville NC Chapter of Jack and Jill of America, Inc where she has served as the Foundation Chair.

Whitaker holds a Doctor of Education (Ed.D.) in Educational Leadership and Administration from Fayetteville State University in Fayetteville, NC; a Master of Science in Administration (MSA) with a focus in Nonprofit Management from Trinity Washington University in Washington, DC; and a Bachelor of Arts (BA) in Business Communications from The University of Maryland, University College in College Park, MD. Dr. Whitaker is a member of Jack & Jill of America, Incorporated, and Delta Sigma Theta Sorority, Incorporated.

Born in Ft. Campbell, Kentucky, Dr. Whitaker is the youngest of three, who was raised in a military family. Dr. Whitaker has lived in seven other states and Europe.  She continues to have a love for traveling and cultural cuisine. With all of the “hats” she wears, Dr. Whitaker believes nothing precedes her most important role as a mother to her beautiful daughter.

Her favorite quote is by former South African President, the late Nelson Mandela: “Lead from the back and let others believe they are in front.”

Liying Reeder, MBA, has more than 20 years of progressive experience in accounting and management and holds a Master of Business Administration with a concentration in Forensic Accounting and a Bachelor of Science in Accounting. Ms. Reeder’s personal motto is that “One person can make a difference.”

A servant-leader with a servant’s heart for others, Ms. Cynthia Foskey is the Executive Administrator for Southeastern Community Action Partnership. With over 26 years of experience in community and non-profit sector work, Ms. Foskey holds an Associate’s Degree in Business Administration with a concentration in Management.

With over 10+ years of Human Resource experience in retail, local and federal government, higher education and nonprofit sectors, Tamara Monroe is the Chief Operating Officer of Southeastern Community Action Partnership. Ms. Monroe holds a Bachelor of Science degree in Business Administration with a focus in Management, and a Master’s in Human Resource with a focus in Organizational Management.

Her motto is: “Success isn’t about how much money you make; it’s about the difference you make in people’s lives.” – First Lady Michelle Obama.

With over nine years in The Community Action network, Mrs. Jacobs has a passion for encouraging and empowering individuals who are seeking change. She received her Master’s in Social Work and also holds a Master’s in Management and Leadership from Webster University.

Her motto is: “All things are possible no matter what gets in your way! You can do it!”